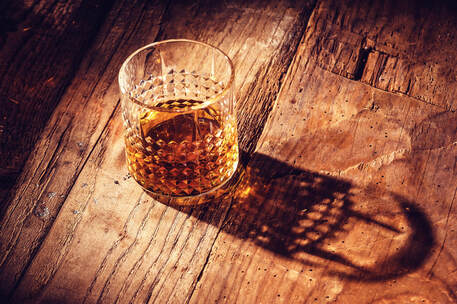 In December of 2015, Acre Distilling opened in the neighborhood that was Fort Worth's original den of sin and vice in the Old West – aptly named Hell's Half Acre.

Known to the locals as “The Acre”, this red-light district dominated much of the less genteel social scene in Fort Worth from the late 1860s until 1920.

The Acre was born out of the post-civil war cattle drives. In the late 1860s, demand for beef in the north and east soared and thousands of longhorn cattle roamed the grand Texas prairie north of San Antonio. The livestock was a prime candidate to fill the gap, but first they had to reach the market. The result was the great Chisholm Trail cattle drives of the late 1800s north through Texas to the railhead at Abilene, Kansas.

Fort Worth's prime location on the Chisholm Trail made it the ideal place for the cowboys to stop to rest and feed their herd on the open prairie below where the Tarrant County courthouse stands today. That range land is now occupied by the Fort Worth Stockyards National Historic District, which remains a travel destination for history buffs and lovers of the Old West from across the world.

During the late 1800s, as many as 80,000 head of cattle could be resting and feeding on the open range before the long drive to Kansas.  The cattle may have rested, but the cowboys certainly did not. Instead, they headed just a bit south to spend their leisure time and money in the saloons, dance halls, brothels, gambling rooms, and drug dens of Hell's Half Acre.

Adding to the mayhem and reputation of the Acre, the Texas and Pacific Railroad was completed with its terminus at Fort Worth in 1876. The station located on the east side of the Acre neighborhood, approximately where the current T&P downtown train and bus station are located.  The T&P brought a variety of characters to town – buffalo hunters heading to the plains, prospectors, gamblers, cowboys, gun slingers, criminals and even a few respectable folks.

At the same time as the Acre was a hot spot for debauchery, the rest of Fort Worth citizens were mainly conservative and religious. While there weren’t many if any churches in the Acre, there were many on the west side of Main Street just mere blocks away. Up until the Volstead Act in 1920, which began prohibition in the United States, there was an ongoing clash between virtue and vice in Fort Worth. Many times the city leaders attempted to shut the Acre down, but their attempts were unsuccessful. The cattle drive was the main economic engine powering the growth of Fort Worth and to shut down the entertainment district would effectively deter the cowboys from stopping here on their way to the north.

The Acre & the Downfall of Butch CaSSidy

In any place that caters to the more unsavory members of society at the turn of the century, there are many sad or bizarre footnotes in history from the whiskey-soaked inhabitants and visitors of the Acre. The most famous cautionary tale is the story of the photo of Butch Cassidy and the Sundance Kid taken in Fort Worth in 1900.

As many people know, Butch Cassidy and the Sundance kid were leaders of the notorious Hole in the Wall gang. The group robbed trains and banks across the west, but never in or near Fort Worth, as they wanted to avoid messing with the place they hung their hats. During their heyday, the Hole in the Wall gang spent much of their time living at the Market Street Hotel, which was located at 12th and Calhoun Streets across from today’s Acre Distillery.

The Acre was a good place for a gang of rough characters to hang out: It was a sketchy neighborhood, their ill-gotten gains were welcome in the saloon tills, and local law enforcement didn’t know what they looked like. Wanted posters for criminals, at the time, were all based on sketches. The gang could easily fly under the radar while in the Acre, party, and when the time came they could take off to some other state and rob a train or bank for as much as $9,000. After the robbery, the group would scatter but eventually find their way back to the Acre, their unofficial headquarters.

In the late 1800s, photography on the frontier was new. In 1900, Butch Cassidy, The Sundance Kid, and three other gang members decided to leave a party at a hotel on Main Street in Fort Worth and try out this new “photography” thing. They went upstairs from Sheehan’s Saloon to the studio of The Swartz Brothers, Fort Worth’s pioneer photographers, and posed for what is now the city's most infamous photo.

Most people at the time didn’t know much about photography, and they certainly did not know that photographs could be copied. Butch and the boys were no exception. Sometime after the photo was taken the Swartz brothers made a duplicate to display in their studio. A local detective saw the image and thought he recognized one of the party as a wanted man. He had another copy made and sent it to the Pinkerton's National Detective Agency who had been hired by the railroads to catch these notorious train robbers.

The Pinkertons analyzed the photo and compared it to all of the wanted posters and sketches and realized these were the men they had been searching for across the west. New wanted posters with the real photograph soon blanketed the country. Butch, Sundance, and Etta Place, Fort Worth resident and Sundance’s girlfriend, caught a train to New York and a steamer to South America to escape the long arm of the law. Their famous photo ended a very lucrative career – and perhaps was the earliest example of social media gone awry.

We see many references to Butch Cassidy and the Wild Bunch in downtown Fort Worth today. Sundance Square is  named for Harry Longabaugh, the Sundance Kid.

By 1917, the United States' entry into WWI severely limited the activities of the Acre neighborhood. The US Army came to Fort Worth and set up Camp Bowie to train recruits for the European theatre. The army shut down most of the Acre establishments, as they did not want their new recruits frequenting these notorious haunts. Finally in 1920, as the nation embraced Prohibition, the goal of the "respectable" citizens of Fort Worth was realized. Prohibition proved the final nail in the coffin of Hell's Half Acre and the true Old West heritage of the city we call home.

You will see a nod to the cast of characters from our neighborhood's past reflected in our brand. Our Longhair Jim Bourbon is named for the local marshal of the 1880s, Longhair Jim Courtright, a lawman who was just as shady as the Acre neighborhood he controlled. Acre’s Two Minnie’s Gin is named for one of the wildest saloons anywhere on the frontier. The Texas Jack Peach Whisky is so dubbed after the nickname of Doc Middleton, who started out at 14-years-old as a horse thief, but ended his days as a respected lawman and store keeper.